FIFA World Cup is knocking at the door. It’s going to start on November 20. But the main point is you want to watch it and you’re an android user. So, how to watch FIFA World Cup 2022 Live on Android devices like an android phone, tablet, or on android TV?
We’re going to talk about that today. This article will cover all about your question. But, it’s only for android users.

All you need to do is, download an app and you can enjoy the FIFA World Cup on your android phone. But there’re a lot of apps out there. Which one will be the best for you? Let me suggest some of the best apps.

It’s an app developed by Disney. You can download it from Google Play Store and it has more than 50 million downloads. You can watch thousands of live events and shows from this app and you can also watch the FIFA World Cup using this app.

The primary focus of this app is on football, cricket, golf, tennis, rugby, and motorsport. That means by downloading this app you can watch football matches easily.
And this app is so popular among football fans. It has 10 million plus downloads and the number is increasing rapidly. It’s also having a beta version for low configuration android phones.

This is developed by FIFA itself. So, you can be determined that it’s will be a great choice for you to watch FIFA on your android Phone.

This app has more than 10 million users and 347k people already review this app. This app got a 4.1 out of 5 customer rating on Google Play Store. The main reason to use this app is it’s developed by FIFA and it’s completely free to use.

It’s another great choice. The developer of this app is Kodi Foundation and with more than 50 million plus users it’s one of the best football streaming apps on the play store. But the best part of Kodi is, you can use it on any device. 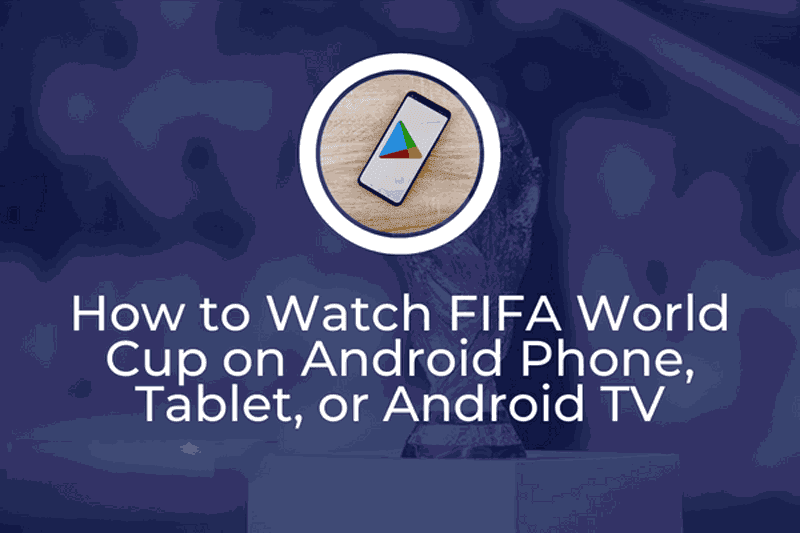 Like you can use it on android mobile, tablet, tv, or even any other system like on your Windows, Linux, or even iOS.

Fox news and fox sports are very famous all around the world and it’s one of the best ones in the United State. You can download the Fox Sports app to enjoy the FIFA world cup on your android phone. It also has 10 million users and you can download it from the google play store.

Sling TV is also a great choice as a streaming service app. You will find a lot of channels on it. But, you have to pay $25 every month for it.

BBC Sports app is the last one. I just forgot about it (how did I forget about it!). We all know about BBC and how famous it is. Like news and any other news and streaming service, BBC is also in sports streaming service.
They also have an app for android devices called BBC Sports App and you can download it from Google Play Store. The rating of this app is quite good. With a 4.5 rating, it’s one of the best sports streaming apps.

You can download android phone apps on android tablets easily. For that, you can use those apps which are mentioned in the android phone section.

Now a day, android TVs are much smarter than ever. You can do anything using it. On every android TV, you can use YouTube, that’s mean you can watch the FIFA world cup from any sports channel on YouTube.

On the other hand, you can use any streaming service to watch FIFA World Cup on Android TV. You can also install android apps on android tv.
Those four apps are the best ones for android TV and you can also use your favorite one.

What is the best streaming platform to watch FIFA on Android TV?

Are the application services discussed above free of cost?

Yes, all services are free but one of them are paid streaming service. Otherwise, all of them are free to use. So, just enjoy the tournament.

The streaming service isn’t working on my android device

If any of the streaming services or applications not working on your android device then, just download a free VPN. Sometimes, some applications are locked in your country. So, to solve this issue you just have to use a free VPN.

How many matches will be going played?

Can I use android phone apps on an android tablet?

Yes, you can use android phone apps on your android tablet.

Can I use android phone apps on android tv?

Yes, you can use android phone apps on your android tv. But some apps may not work with the tv. But most of them are going to work for android tv.
Published on October 06, 2022
Previous Post