Here are the final Brazil FIFA World Cup 2022 Schedule and Squad details. When people think about World Cup then one of the most familiar countries that come undoubtedly in their mind is "Brazil".
Brazil is the most effective team in the history of the World Cup that is engaging continuously in this prestigious sporting occasion from the first till present holding 5 winning World Cup. It is one of the strongest teams in this tournament.
However, it has been 20 years since they won their last World Cup though they are known as one of the hard-working teams in the history of this tournament. You can also find out how to T Sports FIFA World Cup 2022 live streaming.

In FIFA World Cup 2022, Brazil qualified as the first South-American team. By defeating Colombia 1-0 in their own field, Brazil has secured their place in World Cup 2022 tournament. 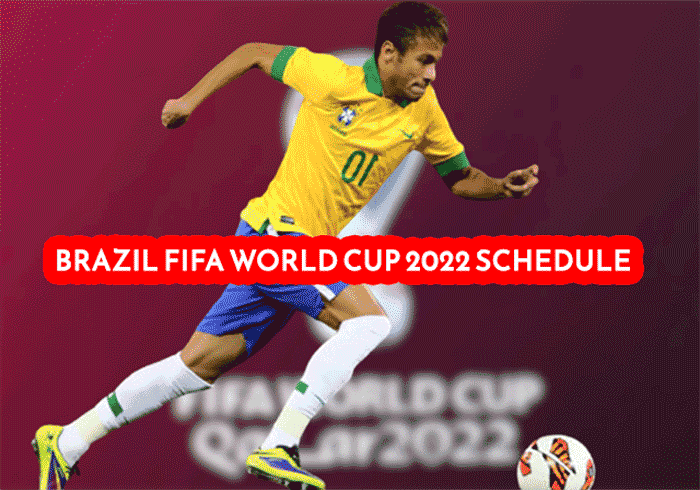 Check out below about the field position of every member as well as their coach and the upcoming schedule of team Brazil in the World Cup 2022.

The coach of Brazil in FIFA World Cup 2022

Adenor Leonardo Bacchi, mostly known as Tite, was a former player and is the coach of Brazil. He is known as the best Brazilian coach of his generation. Before the selection for the current world cup, Brazil has not shown good performance in Russia under his coaching.
But despite this, he will be the coach of Brazil till FIFA World Cup 2022 Live on T Sports because the Brazilian Football Federation has signed an agreement of four years with him.

The captain of Brazil football team in FIFA World Cup 2022

Thiago Emiliano da Silva, commonly known as Thiago Silva, is a professional football player from Brazil. He replaces Neymar as captain of Brazil in the upcoming FIFA World Cup 2022. His position in the game field is Center-back.

Forwards are the most important part of a team because they are the most in charge of scoring goals. Antony, Raphinha, Neymar, Gabriel Martinelli, Richarlison, and Vinicius Junior will be in a position of Forwards in the upcoming FIFA tournament.

Goalkeepers of Bazil in the game field

It is confirmed that Ederson and Alisson Becker will be in the position of Goalkeeping.

Bazil Midfielders in the game field

Lucas Paqueta, Fabinho ,Bruno Guimarães,Arthur, Philippe Coutinho, Casemiro, Fred has confirmed for the position for midfielders in the game.

Defenders in the game field

Thiago Silva(Captain of the team), Guilherme Arana, Alex Telles, Danilo, Marquinhos ,Eder Militao , Dani Alves, Alex Sandro, Gabriel Magalhaes will be playing from the defenders position in the game.
Also read: FIFA World Cup Qatar 2022 Argentina Match Fixtures, Schedule
Although all these players are almost confirmed the position of Dani Alves, who is the Brazilian superstar in the history of the football game in Brazil is not confirmed for the FIFA World Cup 2022.

Brazil is in the group G in the upcoming tournament & the match schedule of Brazil for FIFA World Cup 2022 has already been set up: